CD326 also known as EpCAM (Epithelial Cell Adhesion Molecule) is a 40 kDA type I transmembrane glycoprotein expressed at the cell surface of a variety of epithelial cells. CD326 is a hemophilic Ca2+ independent cell-cell adhesion molecule which plays a major role in intercellular adhesion. Additionally it has been described to play an important role in cell signaling, proliferation, differentiation and maintenance of organ morphology. In the field of oncology, CD326 is a key marker for the isolation and identification of circulating tumor cells. 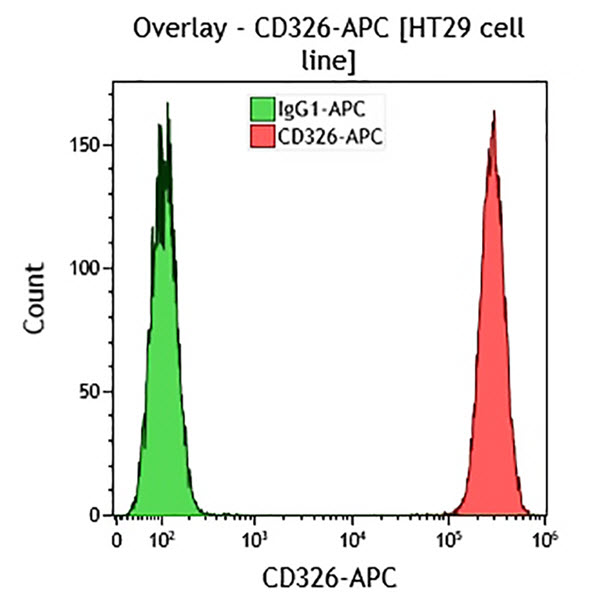